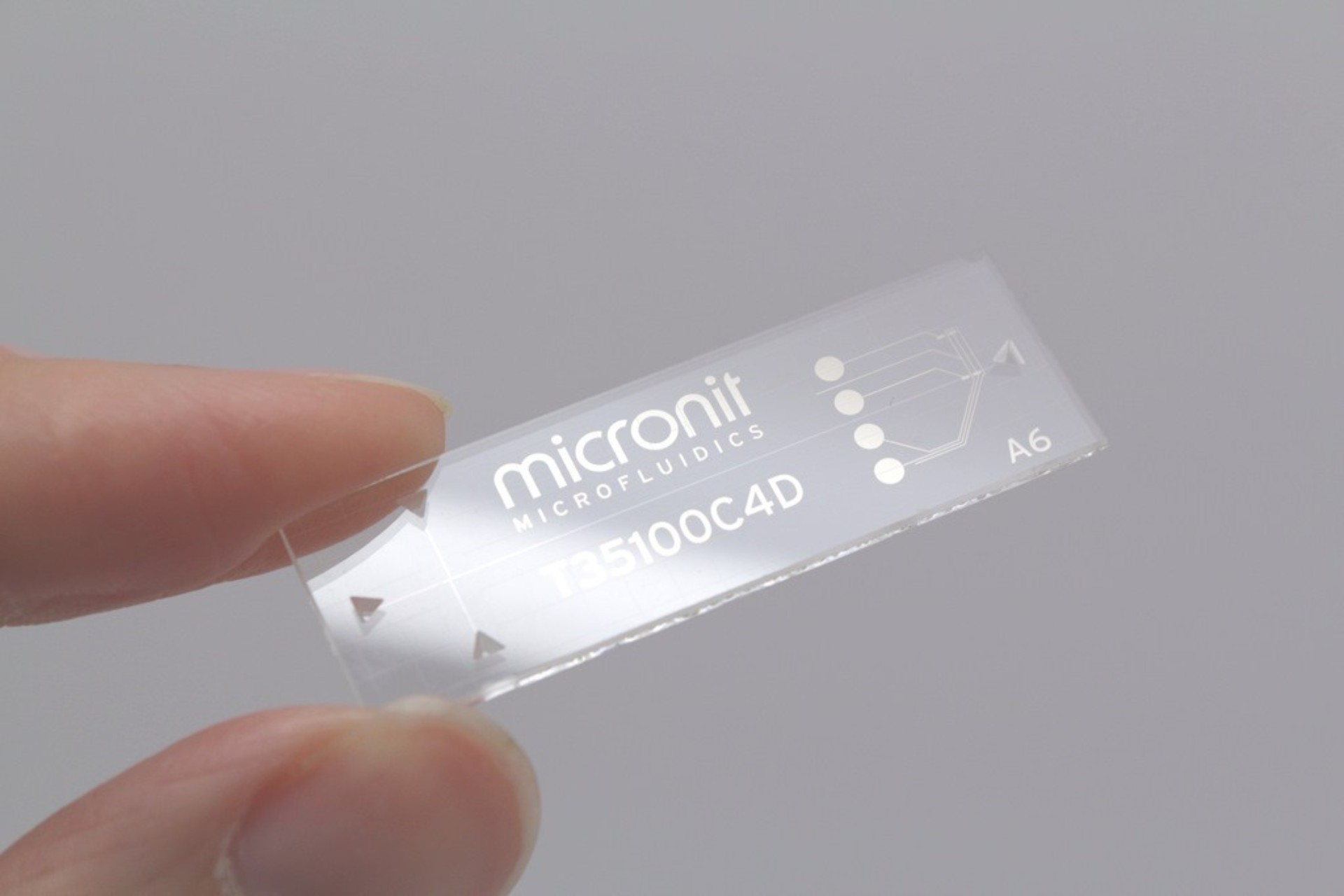 The best of both worlds

At Micronit we like to think ahead in order to assist our customers in the best possible way. So together with eDAQ, manufacturer of laboratory instruments and data acquisition systems, we developed a platform suitable for end column conductivity detection on an electrophoresis chip that can be used for applications where different charged molecules in liquids are separated and detected. For example, applications for the detection of ions, peptides, proteins or DNA fragments or applications that generate electro-osmotic flow.

Microchip electrophoresis is a separation method performed by applying high voltage to a channel inside a microchip. It can be used with contactless conductivity for detection of virtually all charged particles and simply read out on the platform we co-developed with eDAQ.

The chip used for this platform is our contactless conductivity detection microchip, the C4D, and it’s off-the-shelf available. It has a 100µm thin bottom layer to realise a high detection limit similar to, and sometimes even better than, UV-visible absorption techniques.

The platform we co-created with eDAQ was named the Quad HV Microchip Electrophoresis Bundle (ER455). It is a complete system for microchip electrophoresis with floating, gated or pinched injections. 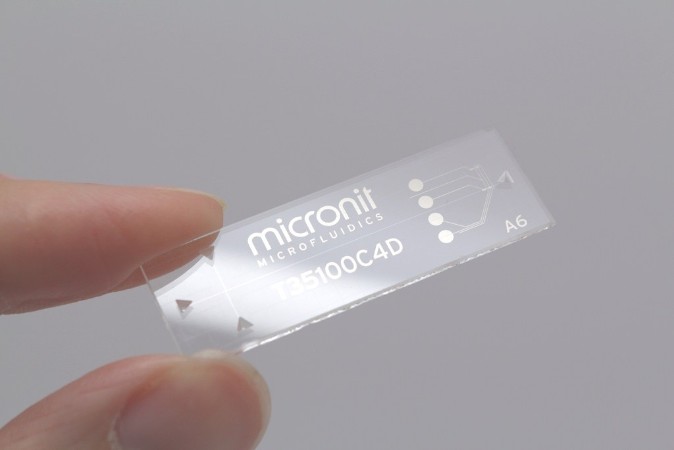